The European Union (EU)’s non-financial reporting directive (NFRD) law requires that large undertakings including corporations, listed businesses and government entities, among others, to disclose information on the way they operate and manage social and environmental challenges. This helps investors, civil society organisations, consumers, policy makers and other stakeholders to be in a better position to evaluate their non-financial performance (Camilleri, 2015; Camilleri, 2018; EU, 2014).

Recently, the EU (2021) put forward its proposal for a Corporate Sustainability Reporting Directive (CSRD), which would amend the existing reporting requirements of the NFRD. In sum, the proposal extends the audit requirement to large companies and listed businesses in regulated markets (except listed micro-enterprises). They will be expected to introduce more detailed reporting requirements, according to mandatory EU sustainability reporting standards. At the time of writing this contribution, it is envisaged that the first set of standards would be adopted by October 2022 (EU, 2021).

EU (2014). Directive 2014/95/EU of the European Parliament and of the Council of 22 October 2014 amending Directive 2013/34/EU as regards disclosure of non-financial and diversity information by certain large undertakings and groups. European Commission, Brussels, Belgium. https://eur-lex.europa.eu/legal-content/EN/TXT/?uri=CELEX%3A32014L0095 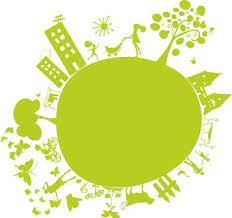