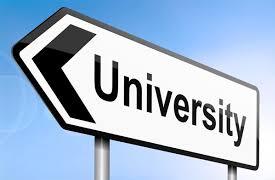 The most productive universities are increasingly enclosing the link to their papers online. Yet, many commentators argue that hyperlinks could be unreliable indicators of journal impact (Kenekayoro, Buckley & Thelwall, 2014; Vaughan & Hysen, 2002). Notwithstanding, the web helps to promote research funding initiatives and to advertise academic related jobs. The webometrics could also monitor the extent of mutual awareness in particular research areas (Thelwall, Klitkou, Verbeek, Stuart & Vincent, 2010).

Evidently, the university ranking systems use a variety of factors in their calculations, including their web presence, the number of publications, the citations to publications and peer judgements (Thelwall and Kousha, 2013; Aguillo, Bar-Ilan, Levene, & Ortega, 2010). These metrics typically reflect a combination of different factors, as shown above. Although they may have different objectives, they tend to give similar rankings. It may appear that the universities that produce good research also tend to have an extensive web presence, perform well on teaching-related indicators, and attract many citations (Matson et al., 2003).

On the other hand, the webometrics may not necessarily provide robust indicators of knowledge flows or research impact. In contrast to citation analysis, the quality of webometric indicators is not high unless irrelevant content is filtered out, manually. Moreover, it may prove hard to interpret certain webometric indicators as they could reflect a range of phenomena ranging from spam to post publication material. Webometric analyses can support science policy decisions on individual fields. However, for the time being, it is difficult to tackle the issue of web heterogeneity in lower field levels (Thelwall & Harries, 2004; Wilkinson, Harries, Thelwall & Price, 2003). Moreover, Thelwall et al., (2010) held that webometrics would not have the same relevance for every field of study. It is very likely that fast moving or new research fields could not be adequately covered by webometric indicators due to publication time lags. Thelwall et al. (2010) argued that it could take up to two years to start a research and to have it published. This would therefore increase the relative value of webometrics as research groups can publish general information online about their research.